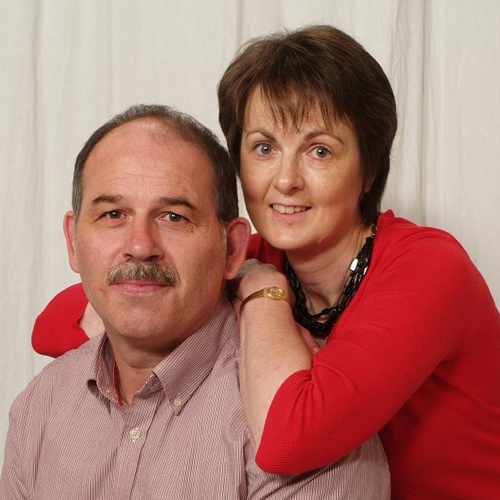 Donate to Wolfgang and Carol Maier
Location: Greater Belfast and other parts of Northern Ireland Sending Church: Evangelische Freikirche Neuffen Ministry Started: November 2005 Duration: Full-Time About Wolfgang and Carol Maier are involved in evangelism/discipleship and Biblical counselling in the greater Belfast and other parts of northern Ireland. West Belfast is in most parts over 90% Roman Catholic. The Roman Catholic population within Northern Ireland is the least reached group of this country. Ministry The ministry we are involved is a difficult one. The community of Northern Ireland is divided into two communities in terms of politics, religion and culture: Protestant (Unionists) and Catholics (Nationalist/Republican). Both communities have lived in hostility for many, many years and since 1969 have seen a conflict of murder, bombings and terrorism. Since August 1994 the beginning of the Peace Process commenced with the IRA announcing a cease fire. Their present cease fire has held since 1997. God in the past has been at work within the Protestant community where they have experienced several revivals in their history, the last one being in the 1950’s. However, because of the so called “Troubles” and hostilities between the two communities, the Catholic community has missed out, and have not been reached from the evangelical churches from the Protestant community. The number of true believers in the Catholic community are very few. We are trying to see a local church in the Nationalist/Republican communities. It is our desire to see those saved remain in their communities as witnesses for Christ. At present the work consists of literature, door to door visitation and one on one Bible studies for discipleship and also Biblical counselling. Personal Message It is our prayer that as Wolfgang is from Germany that this may be a great help in reaching the people with the gospel as he will not have any religious, cultural or political baggage that would be a disadvantage in working in this community. However, we are aware more than ever, that we are in a spiritual warfare, and would value your prayers very much. Should you want to become a prayer or financial supporter for us, we would be delighted to hear from you. Thank you for being our partners for the Gospels sake in West Belfast. Thank you for being our partners for the Gospels sake in West Belfast.
Contact
7 Brackens View
Newtownabbey, BT36 6US
United Kingdom
+447938988110
wcmaier@web.de